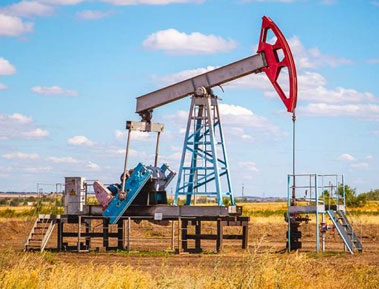 The dependence of the oil and gas (O&G) industry on automation has increased in the last decade, and this is expected further to double by 2020.

As a result of project cancellation followed by the fall in crude oil prices from 2014 to 2016, multiple rounds of industry layoffs were announced that left O&G companies with a reduced number of skilled workers. This increased the dependence of oil companies on automation in order to complete processes without any delay. Initiatives to digitize oil fields are being implemented, and this has led to investing in instrumentation in order to increase productivity and complete projects within defined budgets and timelines. These initiatives have been found to be extremely beneficial, especially in offshore rigs, to gathering production data in a timely manner. However, the current industry challenge is not the inaccessibility of data, but rather how to make the large volume of gathered data more effective. In response to this challenge, the automation sector has evolved from supplying hardware components for industrial automation with aftermarket services to becoming more service-based and offering software tools that can translate huge volumes of data into meaningful, intelligent information that can be leveraged to make important business decisions.

The automation market has evolved with the changing demands of the customers, from providing individual control equipment to integrated control systems with multi-functionality capabilities. Since 2014, several Oil& Gas companies are have been collaborating with solution providers to understand how IoT technology can help them thrive in a low-price oil environment in addition to using advanced control systems. Major automation vendors, such as ge industrial automation company, have launched their own IoT platforms, which focus on providing services such as cloud services, predictive analytics, remote monitoring, Big Data analytics, and cybersecurity, which is of paramount importance in this industry. Increased productivity, reduced operational and maintenance costs, increased profitability, increased efficiency, and improved plant optimization are the common benefits realized by customers who use IoT platforms for their plant operations. While the end goal of customers may be similar throughout this competitive environment, this does not mean they all require the same software services. The services offered by major automation vendors give customers flexibility and options when selecting the best platform for their goals.

Do Your Need Help?
If you need assistance, have other questions,please contact us and request a quote.
Contact us
Latest News & Blog