What is the transportation?

We ship all parts by DHL, UPS, FedEx, TNT and so on.

When the items sold by Shenzhen Viyork can not work, what is your solutions?

If the industrial control components can not work, there are three solutions:

1. Pls return to us for a full refund

2. Pls return to us for exchange

3. Pls return to us for repair.

What is the warranty by Shenzhen Viyork?

How many types of payment?

We can accept the payment by T/T, Western Union, PayPal and so on.

What is an electric servo motor?

A servo motor is either a rotary actuator or a linear actuator that controls the angling, positioning, speed and acceleration of a piece of machinery.

Machines that run on electric servo motors can be activated and controlled via sensors. Whether an application relies on torque or forward momentum, an ac servo motor will generally meet the demands with greater precision and reliability than other motor types. As such, servo motors are considered the wave of the future in the technological sector.

What is a servo motor in relation to other motors? This can best be answered by comparing the mechanisms of an electric servo motor to the other actuator motor type, the stepper motor.

What is the difference between Servo Motor and DC Motor?

Servo motor has an assembly of four things DC motor, gearing set, control circuit and a position sensor. DC Motor does not comprise of any assembly.

Servo motor does not rotate freely and continuously like DC motor. Its rotation is limited to 180⁰ whereas DC motor rotates continuously.

Where are servo motors used?

The servo motor is most commonly used for high technology industrial automation devices in the industrial application like automation technology. It is a self-contained electrical device, that rotates parts of a machine with high efficiency and great precision. The output shaft of this motor can be moved to a particular angle. Servo motors are mainly used in home electronics, toys, cars, aeroplanes, etc. This article discusses what is a servo motor, servo motor working, servo motor types and its applications.

What is the Servo Drive?

A servo drive is a special electronic amplifier used to power electric servomechanisms.

A servo drive monitors the feedback signal from the servomechanism and continually adjusts for deviation from expected behaviour.

In a servo system, a servo drive or servo amplifier is responsible for powering the servo motor. The servo drive is an incredibly important component in determining the performance of the servo system. Servo drives offer a wide range of advantages for automatic machining systems, including superior positioning, speed, and motion control.

What is the servo systems?

What is the functions of servo drive?

As a industrial automation products supplier, our servo drive have plenty of functions.

A servo drive receives a command signal from a control system, amplifies the signal, and transmits electric current to a servo motor in order to produce motion proportional to the command signal. Typically, the command signal represents a desired velocity, but can also represent a desired torque or position. A sensor attached to the servo motor reports the motor's actual status back to the servo drive. The servo drive then compares the actual motor status with the commanded motor status. It then alters the voltage, frequency or pulse width to the motor so as to correct for any deviation from the commanded status.

In a properly configured control system, the servo motor rotates at a velocity that very closely approximates the velocity signal being received by the servo drive from the control system. Several parameters, such as stiffness (also known as proportional gain), damping (also known as derivative gain), and feedback gain, can be adjusted to achieve this desired performance. The process of adjusting these parameters is called performance tuning.

Although many servo motors require a drive specific to that particular motor brand or model, many drives are now available that are compatible with a wide variety of motors.

Why are servo drive also can called servo amplifier?

So functionally speaking, signal amplification is what is going on inside of a servo drive.

Hence, the reason a drive is sometimes referred to as a servo amplifier.

What is the servo amplifier?

Servo amplifiers are the controlling heart of industrial control components in a servo system. The servo amplifiers comprise a three-phase, power supply, and high-performance control unit all housed in a single enclosure. The several control loops are realized totally digital in the microcontroller.

What is the servo systems?

The input voltage, output voltage and frequency, and overall power handling depend on the design of the specific device or circuitry. The inverter does not produce any power; the power is provided by the DC source.

A power electric inverter can be entirely electronic or may be a combination of mechanical effects (such as a rotary apparatus) and electronic circuitry. Static inverters do not use moving parts in the conversion process.

What is the inverter?

A power inverter, or inverter, is one of a power electronic industrial automation devices or circuitry that changes direct current (DC) to alternating current (AC)

How many major types of inverter in the market？

What is a Programmable Logic Controller?

A programmable logic controller (PLC) is a digital computer used for automation of electromechanical processes, such as control of machinery on factory assembly lines, amusement rides, or lighting fixtures.

PLCs are used in many industries and machines. Unlike general-purpose computers, the PLC is designed for multiple inputs and output arrangements, extended temperature ranges, immunity to electrical noise, and resistance to vibration and impact. Programs to control machine operation are typically stored in battery-backed or non-volatile memory. A PLC is an example of a real-time system since output results must be produced in response to input conditions within a bounded time, otherwise, the unintended operation will result. Figure 1 shows a graphical depiction of typical PLCs.

What are the types of PLC Module?

There are different types of plcs:

1. input module used for connecting digital or analogue field inputs to PLC which are transmitters or industrial switch etc.

3. communication modules used for exchange data between PLC to SCADA, HMI or another PLC.

What is the advantage of PLC Module?

A PROGRAMMABLE LOGIC CONTROLLER (PLC) is an industrial computer control system that continuously monitors the state of input devices and makes decisions based upon a custom program to control the state of output devices. Almost any production line, machine function, or process can be greatly enhanced using this type of industrial electrical automation control system. However, the biggest benefit of using a PLC is the ability to change and replicate the operation or process while collecting and communicating vital information. Another advantage of a PLC system is that it is modular. That is, you can mix and match the types of Input and Output devices to best suit your application.

What is the applications?

What is the features?

What is the advantage?

Choose performance offering a large range of processors, Modicon Quantum is ideal for complex processes. The power of its processors results in optimum cycle times while integrating ever more communication functions, diagnostics, memory flexibility and data storage. The Quantum Safety system is now available, certified TUV Rheinland, simple to use and ready to be integrated into your automated system.

Higher availability. Hot-standby CPUs and daisy chain loop topology improve the availability of your process. In case of cable fails, the recovery time is less than 50 ms for an entire Quantum Ethernet I/O architecture.

What is the transmitter?

In electronics and telecommunications, a transmitter or radio transmitter is an electronic device which produces radio waves with an antenna. The transmitter itself generates a radio frequency alternating current, which is applied to the antenna.

When excited by this alternating current, the antenna radiates radio waves. Transmitters are necessary component parts of all electronic industrial automation devices that communicate by radio, such as radio and television broadcasting stations, cell phones, walkie-talkies, wireless computer networks, Bluetooth enabled devices, garage door openers, two-way radios in aircraft, ships, spacecraft, radar sets and navigational beacons. The term transmitter is usually limited to equipment that generates radio waves for communication purposes; or radiolocation, such as radar and navigational transmitters. Generators of radio waves for heating or industrial purposes, such as microwave ovens or diathermy equipment, are not usually called transmitters, even though they often have similar circuits. The term is popularly used more specifically to refer to a broadcast transmitter, a transmitter used in broadcasting, as in FM radio transmitter or television transmitter. This usage typically includes both the transmitter proper, the antenna, and often the building it is housed in.

How many types of the transmitter?

How does transmitter work?

Transmitters are devices that are used to send out data as radio waves in a specific band of the electromagnetic spectrum in order to fulfil a specific communication need, be it for voice or for general data. In order to do this, a transmitter takes energy from a power source and transforms this into a radio frequency alternating current that changes direction millions to billions of times per second depending on the band that the transmitter needs to send in. When this rapidly changing energy is directed through a conductor, in this case, an antenna, electromagnetic or radio waves are radiated outwards to be received by another antenna that is connected to a receiver that reverses the process to come up with the actual message or data.

Do Your Need Help?
If you need assistance, have other questions,please contact us and request a quote.
Contact us
Latest News & Blog 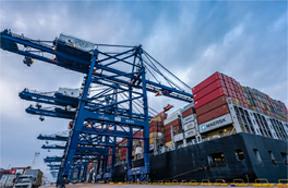